Will UK Business Continue to Grow with Brexit in January?

The UK fought hard to reclaim ground after the last recession and having weathered the last few years with true tenacity, positive results are being noticed at both small business and enterprise level even with the upcoming Brexit in January!

Recent data shows that the British economy had made a sustainable recovery until recently and that continued growth had been just short of analysts’ expectations, leading to renewed optimism in the workplace and in the overall commerce sector. 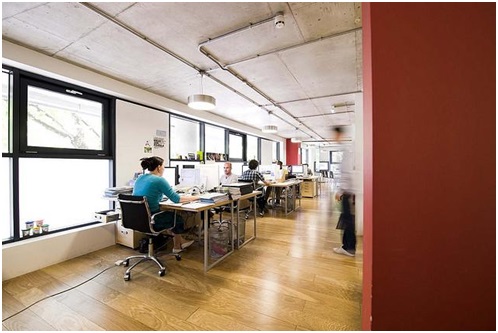 Innovation is the key

London has long been considered one of the world’s central business hubs and many major global corporations are either based, or have offices somewhere in the city.

The recession hit these businesses hard, but while these large entities were struggling, smaller businesses had an even tougher time as many were not equipped with the survival tools or resources to weather the storm.

Leading us to wonder how they may cope with this latest string of events on the horizon.

However, since making a stellar recovery from the recession last time, small businesses have again taken off.

Innovation seems to be the key to success in Britain at the moment and ambitious entrepreneurs and small businesses. Taking advantage of the renewed confidence of consumers in a refreshing way by developing and building exciting new and responsive websites a business could be proud to show off.

Support for those who have created innovative new business ideas or strategies has also come from the UK’s innovation agency, the Technology Strategy Board (TSB) which recently announced that investments of over £400 million would be awarded to those who meet the criteria.

This investment is aimed at helping small businesses to grow and succeed on a global scale and is testament to the UK’s strong recovery spirit.

From the ground up

It’s clear to most people that the tide has turned, but for how long?  Business is booming again for many, if not somewhat short sighted some analysts would argue, and to be fair unemployment figures have dropped and consumer confidence increased.

Economists recognised that rebuilding after the recession meant starting from the bottom and trying to recover on an international scale.

Many believe that is however not the large corporations that need to rebuild, but the small firms which suffered badly, and that these firms hold the key to economic growth in the country. By assisting small businesses and offering as much support to them as to the large scale enterprises, it seems that the theory, when put into practice, is working and many small businesses are now flourishing, both on a domestic and international level.

The UK is now well and truly open for business again and with deals being negotiated with other major Countries like China and the US to name but two major players across the globe, large and small companies are relying on entrepreneurship and new ways of thinking to approach the market.

Innovation, adaptability and forward thinking have helped the country rebuild its economy and the subsequent growth of British business is proof that a recession can result in a recovery when the correct resources are put into place.  With all these transactions taking place businesses are booming.  They will need to contact a Cheap Shelving Units Ireland company such as Rackzone.

What Is Linguistic Proficiency?

Internal and External Audit Differences You Need to Know

How Marketing Knowledge Can Benefit Your Career

What Makes Milfs So Damn Amazing on Onlyfans?

Things To Know About Abortion Services For Medical Purposes